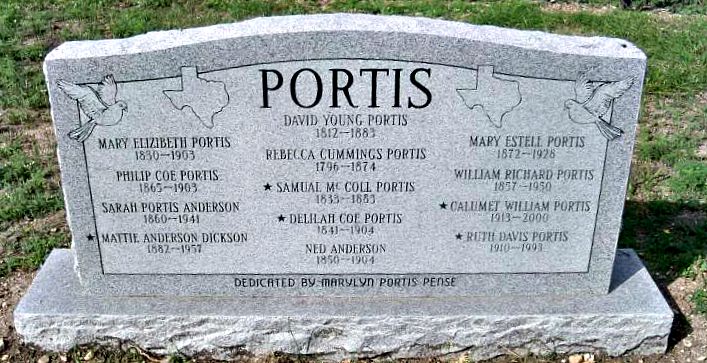 This is a new gravesite marker for the relatives of David Y Portis, in the Odd Fellows Cemetery in San Antonio, TX. The cemetery records indicate that his wife Rebecca and a few others are buried in this plot — but not David.
Back to Top...
Powered by